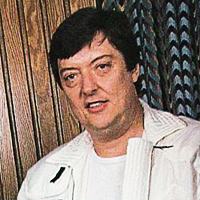 Chas Chandler was more important to the Jimi Hendrix success story than I feel he often gets credit for. After the break up of the Animals, where he played the bass, and was a forming member, he was looking for a career as a manager. He had noticed that although the Animals had hit records with «House of the raising sun» and «Don’t let me be misunderstood», and they had something like 300 gigs pr. year, they didn’t see much money coming in. But their manager, Michael Jeffery, got 20% of everything they earned. That was good money.

On the last tour of The Animals in the US, Chas was introduced to Jimmy James (as Jimi called himself back then) by Linda Keith, Keith Richards girlfriend. Chas was looking for someone to record «Hey Joe», a song made popular by Tim Rose. The first song Jimmy James and the Blue Flames played when Chas went to see them at the Cafe Wha? in Greenwich Village, NY was that particular song. The rest is history as they say. Jimi flew back to England with him, and Chas introduced him to Eric Clapton as he had promised, along with all the other English rock an blues musicians, witch at that time was like one large family.

Jimi and his girlfriend Kathy Etchingham moved into Ringo Starr’s old flat in Montague Square with Chas and his girlfriend. Chas even sold his bassguitar to get money to finance the project. The plan was to record «Hey Joe», and he arranged auditions for a drummer, finally choosing Mitch Mitchell. Noel Redding had come to London to auditioan as a new ruthm guitarist for the Animals. Chas asked if he could play the bass? Noel said he could give it a shot, and that was it.

For the B-side of «Hey Joe», Jimi intended to do a cover version of «Land of a thousand dances», but Chas wanted Jimi to have a go at writing his own material. Jimi then came up with «Stone Free», his first own composition to be recorded. I the US the singel were issued with «51st anniversary» as the B-side, another Hendrix composition.

Chas broke with Hendrix during the recording of «Electric Ladyland», beacause he couldn’t live with the hangers-on, and the way in wich Hendrix wanted to conduct his recording sessions. He later became the manager of Slade.