Jimi Hendrix Experience’s first album was released in the UK in May of 1967, and in the US in September of 1967. It was recorded in London, England, both at De Lane Lea and the more expensive Olympic Studios. It was engineered by Dave Siddle, Eddie Kramer (at Olympic Studios) and Mike Ross on four-track equipment, the standerd of the day. Jimi’s manager Chas Chandler was very important in the recordings, acting as both the producer but also as a mentor for Jimi’s songwriting. Chas, being the former bassplayer with The Animals, had recording experience. He had a great impact on how the album was recorded.

Are You Experienced is recognized as one of the greatest debut albums of all time, and consists of only original material written exclusively by Jimi. It spans across a wide musical spectrum, from the traditional 12-bar blues (UK-edition) to experimental and avant-garde recordings like the title tune «Are you Experienced», and the strange «3rd stone from the Sun». «Manic Depression» is played in 3/4 time, and is considered the «ultimate rock’n roll-waltz» by many. The UK edition and the US edition are not similar, for one reason or the other. The cover photos are also different.

UK- version of Are you experienced 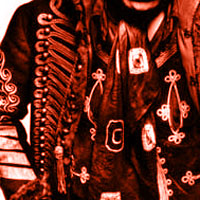 Foxy Lady
Manic Depression
Red House
Can You See Me
Love or Confusion
I Don’t Live Today
May This Be Love
Fire
3rd Stone from the Sun
Remember
Are You Experienced?

US-version of Are you experienced:

Purple Haze
Manic Depression
Hey Joe
Love or Confusion
May This Be Love
I Don’t Live Today
The Wind Cries Mary
Fire
Third Stone from the Sun
Foxey Lady
Are You Experienced?

Chas Chandler didn’t want the songs previously released as singles in the UK on the album. The US label Reprise saw this differently, and issued the three A-sides of the singles on their album

Not only were the tracks different, but the covers were as well. Jimi wasn’t very pleased with the photograph on the UK edition, and wanted another cover for the US version that was to be issued in September -67. The English photographer Karl Ferris were chosen to do the cover photograph with his «psychedelic» infrared photography. The photograph was taken in London’s Kew Gardens, and the black and white photograph on the back was taken in Ferris’ studio the following day. He also did the graphic design, but was not credited for it. He suggested a gold metallic foil around the round «fish-eye» picture, but this was too expensive for the Reprise Records budget, and they went for a golden ink instead. You may read the whole story here, courtesy of Sugertune.