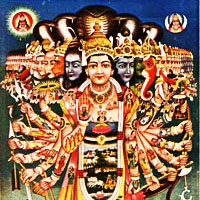 It is recorded mostly in Olympic Studios in London, with Chas Chandler as the producer and Eddie Kramer as the engineer. According to Kramer the recording sessions for «Are you Experienced» an «Axis: Bold as Love» were in reality one long sequense of sessions. There is a famous anecdote that claims to be true. Jimi apparently forgot the mastertapes in a London cab. This happened the day before the mastering session were sceduled. They found a partly destroyed tape containing the B-side in Mitch Mitchells flat, but due to some sort of crash in a tapedeck the tape had to be ironed to be used. The A-side had to be mixed over again from the 4-track, and Jimi, Chandler and Kramer had to work all night to make a new mix.

Some of the songs have a history

The Spanish Castle was a dance hall outside of Seattle. Jimi jused to play there in the late fifties. It was quite a long drive from Seattle in those days. «Takes about half a day to get there…»

Jimi said that the song was inspired by the atmosphere at the Monterey Pop Featival. This is probably said to avoid revealing the personal content of the song, witch is the sadness he felt for his mother who died tragically when he was a little boy. It is regarded my many as their favorite Hendrix song. Rock-guitar doesn’t get much better than this. Jimi plays with incredible timing and ingenuity. Many have drawn comparisons to Curtis Mayfield and his guitar style, but basically Hendrix is in a class by himself in Little Wing. The special out of phase sound is made by feeding the guitarsound through a rotary speaker. This was a small rotating speaker that Eddie Kramer had in the control room. Not a Leslie, as many believe. Mitch Mitchell played the glockenspiel.

The lyrics, «if the mountains fell into the sea» may be a reference to the creation myth of the second world of Hopi mythology. Frank Waters’ Book of the Hopi (1963) was known to have influenced Hendrix, and many of his songs contain mythological themes and images related to Native Americans in the United States. Hendrix himself was part Cherokee. Many believe that Hendrix is playing a recorder in the last part of the song, but it is actually his Vox wah-wah connected backwards, the guitar cord is connected to the output of the wah, and the amp cord is connected to the input. When the pedal is moved it makes this flutelike sound.

Castles made of Sand

Mike Stern has said about this song: His playing is so lyrical. It has that same singing quality that I dig in Jim Hall’s playing or Wes Montgomery’s playing. But the thing about Hendrix was that he had that sound, he could achieve that lyrical feeling with a fatter sound on his Strat than you could get with a regular hollow-bodied jazz guitar.
The verse is in 3/4 and the chorus is in 4/4 time. 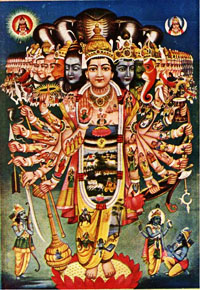 There is a story that Jimi wanted a cover with an Indian motive, meaning a native American indian, reflecting his own partly native American background. His grandmother on his mothers side was a Cherokee. The art department then allegedly misunderstood this, thinking he meant Indian, which was quite fashionable in London in those days. Anyway, the Indian cover was designed by David King, and the drawing made by Roger Law (later one of the creators of the successful tv-series Spitting Image). The inspiration comes from a Hindu devotional painting called Viraat Purushan-Vishnuroopam. Jimi said in interviews that he was disappointed with the design, and that he felt it would have been more appropriate to have a native American indian on the cover instead.

Jimi appeared on a Dutch television show in the summer of -67. He had a backdrop painted partly with day-glo colors, wearing a native american headdress. It might have looked something like this cover of the Axis Outtakes cover.

«Axis: Bold as Love» were issued in Germany by Karusell in 1970, and re-packaged with a new albumcover. It featured a solarized color photo of Jimi. It has a German text on the back together with a picture of Jimi, and pictures of other Karusell albums,